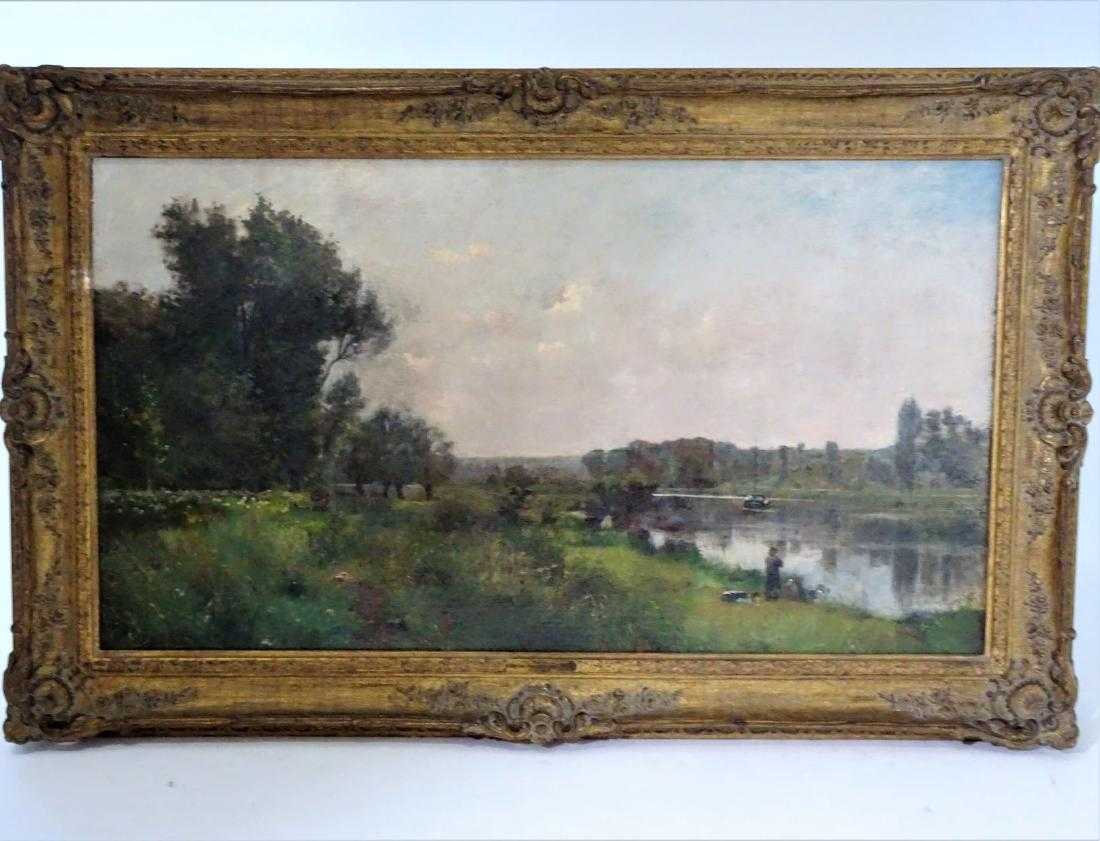 Unsigned on front, verso reads: “Collection of Mrs. Marion McMahon, Wilmette, Ill, Artist: C.F. Daubigny, Title: “On the Oise.”
Crackling on painting.
A French landscapist of the Barbizon School, Charles-Francois Daubigny was born in 1817 in Paris. In 1835, having received a small scholarship, he went to Italy, where he spent an unproductive year. He earned a living by doing engravings for books and regularly sent to the Salon peaceful landscapes, painted in a highly detailed style, with great respect for nature.
In the 1840s, Daubigny worked for travel books and magazines, doing graphics of a candidness that showed his immediate vision of nature, increasingly dependent on fleeting optical visions. As a successor to Corot, Dupre and Rousseau, he attracted the attention of critics. Gradually, he began to sacrifice detail, painting with broad strokes and covering large areas at a time. As time went on, Daubigny’s manner became lighter and freer. His last canvases reflect the spirit of the impressionists, if not their technique. Unlike his forerunners Claude Lorrain and Nicolas Poussin, the gentle naturalist looked more to the effects of nature than to rearranging its contours into earthen architecture. He sketched directly from nature, in the volative light and weather of the moment.