You are here:
May 2020 AuctionPaintings 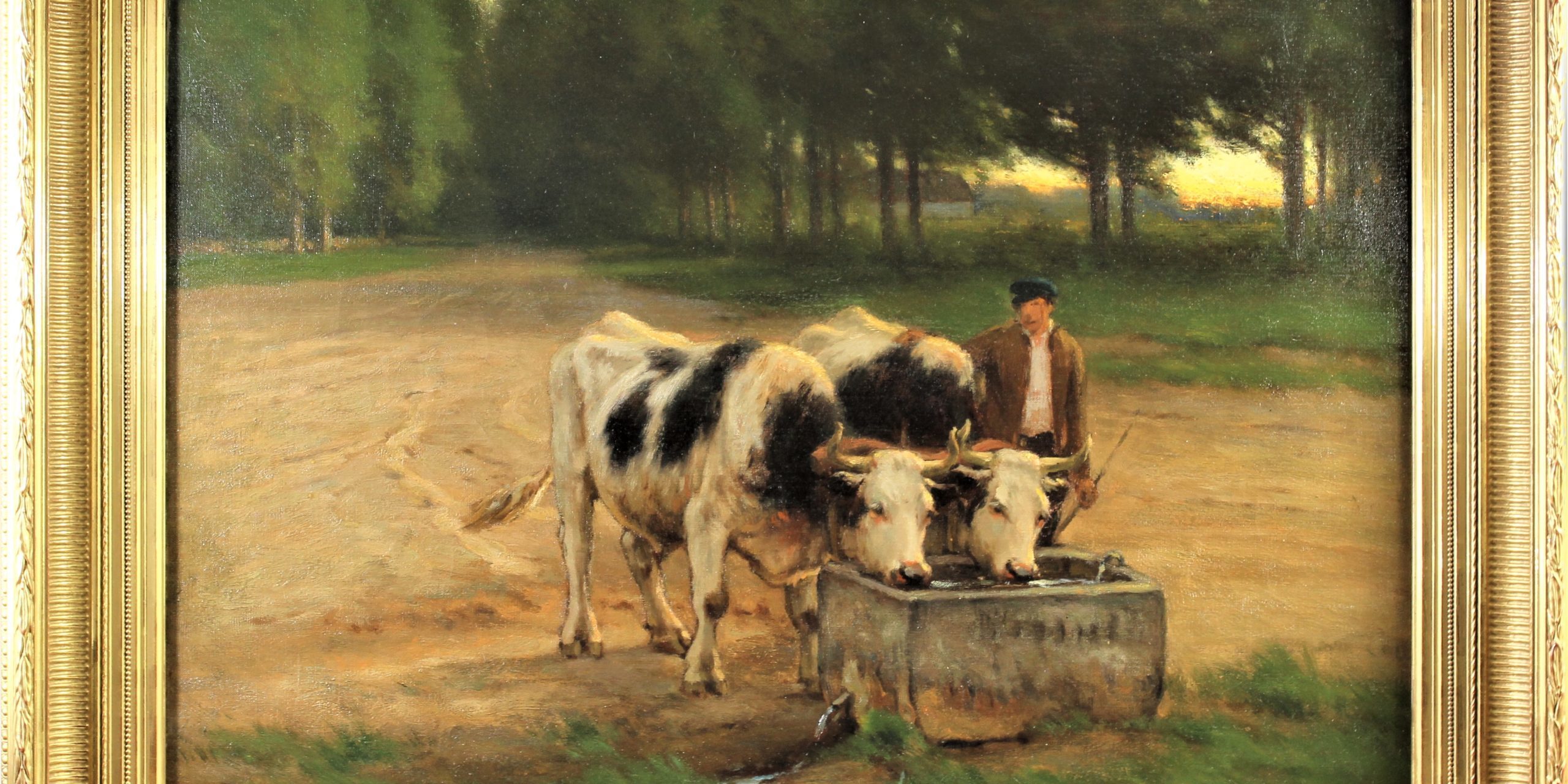 Large oil on canvas of cattle at a watering trough. Carleton Wiggins was a pastoral landscape artist known for including animal subjects in his paintings, especially flocks of sheep or herds of cattle. He was born in Orange County, New York and studied with George Inness. He also studied in England and Europe and was heavily influenced by the French Barbizon school. He studied plein-air painting in Paris and his landscapes were executed in broad flowing lines, with a rich low-toned color scheme. Wiggins was raised in Brooklyn and kept a studio in New York. After 1902, he spent his summers in Old Lyme, Connecticut, and was a founder of the American Impressionism movement at the art colony in Old Lyme. His works are held at the Metropolitan Museum of Art in New York and the National Gallery in Washington, D.C., among others. The canvas is signed in the lower left. The overall size is 32 x 39 7/8 in. wide and the sight size is 23 1/2 x 31 1/2 in. wide.