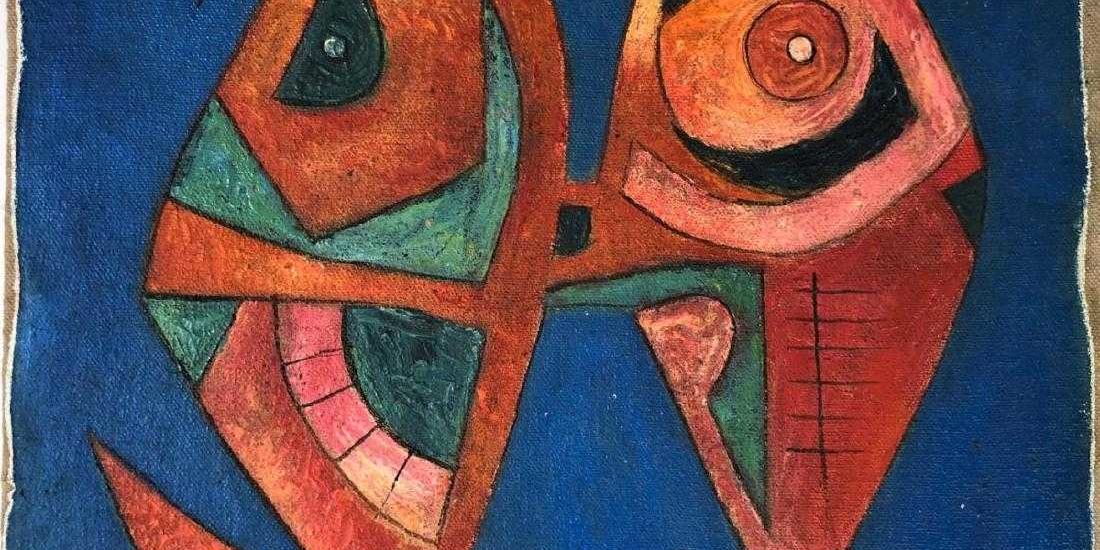 Ang Kiukok was an important painter from the Philippines. He started out as a portrait artist and later made movie billboards. He first gained recognition in the early 1950’s and attained prominence in the 1960’s with an expressive style that fused Cubism, Surrealism, and Expressionism. Some critics felt his art was ugly because it contained violent or disturbing images. He favored subjects such as fighting cocks, rabid dogs, and people bound in chains and screaming. He had a Catholic background and often depicted Christ in agony on the cross. Some of his most gruesome paintings were made during the rule of Ferdinand Marcos, a dictator who held the Philippines under martial law throughout the 1970’s. The Marcos regime was infamous for its corruption, extravagance, and brutality, and Ang was clearly painting in reaction to what he saw around him. He was awarded the title of National Artist by his home country in 2001 and continued to exhibit with success until his death in 2005 in Quezon City on the Philippines.

The painting here is an oil on canvas on board that shows two geometric fish on a blue background. The fish are in a vertical pose with red and coral green as the primary colors, and the geometric shapes mimic the shapes of other still-life fish by the artist. Kiukok’s signature is in the top left corner of the painting, which is dated ’71 next to his name. The painting is 12 1/8 in. x 12 1/8 in.
Provenance:
This art comes from a distinguished man and a government worker and a later on a friend of the artist. Originally kept in the ancestral house together with other collections of Angkiukok’s works and other artworks of different artists in Manila until the house was demolished recently.